You will quickly recognize the difference in their shapes when you hold the bowl gouge and spindle gouge up close. The bowl gouge’s flute is more of a “U” shape, while the spindle gouge is more like an open flat curve. Moreover, they have different intended usages. Hence, as you read on through this post, you will learn about these differences.

The Stark Differences Between A Bowl Gouge and Spindle Gouge.

As mentioned above, the most obvious difference between these two gouges is their flute shapes. This difference in the flute shape determines how the nose presents and touches wood. On the one hand, the spindle gouge features a shallower and flatter-across-the-grind flute than that of the bowl gouge.

It also has from 35- to 40-degree bevel angle. For this reason, its tip is a bit pointed compared to the bowl gouge. Moreover, its shallower size offers a better clearance. It is also more suitable for detailed and spindle turnings.

On the other hand, the bowl gouge features a more curved flute with wings. It also features a fingernail grind. Moreover, it has a deeper flute, and its bevel is between 40-60 degrees. Plus, its fingernail profile makes sure that the wings are well onto the workpiece to allow for maximum maneuverability during the cutting process.

Similarly, a flat nose angle spindle gouge will also never be as helpful and efficient as that of a pointed bowl gouge. Moreover, you may get the same outcome out of these two different gouges if you grind them. Nevertheless, the bowl gouge’s high wings facilitate better the grinding process as compared to the spindle gouge. For this reason, the bowl gouge comes in different forms of grind, examples of which are the Irish grind and Ellsworth grind.

Moreover, the flute shape affects the cutting-edge angle as well as the high wings. Hence, although the gouges got swept back in the grind, the spindle gouge will still achieve an edge with a more acute angle with its wings.

When you turn the bowl’s inner side, you will notice that the longer section stays unsupported. It is one of the reasons the bowl gouge got invented. The bowl gouge, of course, features a deep flute that makes it very strong for hollowing out the bowl.

Its high corners and pointy tip tend to wander into the wood and scratch the wood’s hard surface. It also gets slammed into the tool rest with great intensity, which will eventually break its handle and bend the whole thing.

When it comes to thickness, the bowl gouge’s deep flute leaves the bottom thicker than the sides. Nevertheless, the metal of the spindle gouge exhibits almost similar thickness throughout.

Besides, you can use it for creating a perfect tenon. Another thing is that since woodturners use more frequently the bowl gouge, it needs frequent sharpening as compared to spindle gouge. Plus, cutting any inward dovetail angle is a piece of cake for the spindle gouge. Lastly, you can utilize the spindle gouge to make an area of flat tenon shoulder.

The efficiency of the bowl gouge is paramount. Moreover, you can enhance it to gouge out more material with ease. Besides, it can create complicated curves and render a great finish to the wood bowl’s surface.

Since the bowl gouge is metallically massive at its cutting tip, you can extenuate the bowl gouge reasonably beyond the end of the tool rest. Such capability is crucial as you gouge deeper into the bowl.

You can utilize the bowl gouge’s side wings for shear-scraping as if you are using a multi-function tool. Lastly, the bowl gouge can perform various cutting techniques that can come in handy when bowl turning.

One downside of the use of bowl gouge is the bulkiness of its cutting tip. Hence, you will find it hard to use it in tight crevices. You can use the spindle gouge instead for such a task. The bowl gouge necessitates frequent sharpening because it is often used, and hence, its tip quickly dulls.

Woodturning or bowl turning nowadays are already easy, thanks to the advancements in tools and lathes. Moreover, many woodworkers at present have now discovered the fun and excitement that accompanies the turning of a green wood chunk into a beautiful and artistic product.

As mentioned above, two of the most useful tools you can use for woodturning are the bowl gouge and the spindle gouge. The bowl gouge has three parts, the flute, rod, and handle. If your bowl gouge has a solid rod, it is very strong. Moreover, the rod’s flute improves the chip-cutting action. 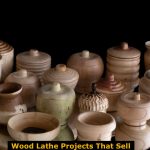 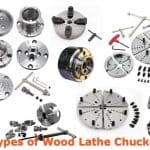 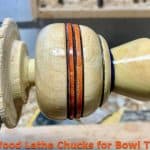 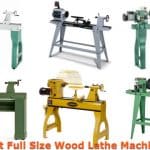 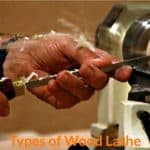 Types of Wood Lathes: What Are Their Different Types?