Do you know that the lathe might have been invented several thousand years ago? Yes, you heard it right. For this reason, the lathe might be one of the oldest machines ever created by humans. A lathe is a machine that rotates a piece of material at an axis, allowing the user to perform several operations like sanding, cutting, knurling, deformation, drilling, and many other functions.

Nevertheless, the only clear evidence of the use of lathes got based on turned artifacts that dated back to the 6th century. This evidence included wooden bowl fragments in an Etruscan grave, indicative of the use of a lathe.

Uses of Lathes by the Ancient Romans and Chinese

The Chinese invented a type of the rotary lathe machine likewise. They had been using a variety of rotary lathes since the 4th century BC. They used this machine to sharpen weapons and tools. However, the oldest depiction of a lathe dates back to ancient Egypt in the 3rd century BC.

The ancient Romans also invented powered milling lathes. The lathing rod of these powered lathes got shaped out of stones, and the whole system rotated because of gears and ropes.

Use of Lathes During the Renaissance

The first recorded mechanical lathe with a continuous revolution was the one sketched by Leonardo da Vinci. It showed a treadle equipped with a crankshaft instead of a flywheel.

Wood primarily made his machine. We were unable to determine whether Leonardo da Vinci invented this tool. But it might also be a sketch of an existing machine used in those days.

Jacques de Vaucanson invented the prototype of a slide rest lathe (all-metal) in 1751. IN 1718, Andrey Nartov, a Russian engineer, also designed a lathe equipped with a supporting carriage (mechanical cutting tool). It also has a set of gears.

The earliest prototypes of the lathe machine included primitive straps., poles, and bow lathes. Past artisans also used pole lathes called bodgers. The etymology of this word is not certain. The bodgers produced turned parts of chairs, indicating that they were skilled.

Lathes in the Industrial Revolution

The onset of the industrial revolution led to the explosion of population, which in turn, led to the overpopulation of cities and towns. Because of the increase in population, manufacturers need to use high-output lathe machines because of the ever-increasing demand for turned wood artifacts. This incident ushered in the development of and improvement in woodturning machines. Besides, many experts believe that sans the mechanical wood lathe, the industrial revolution might not have taken off.

Artisans had not yet dominated the use of lathes during the centuries before the 19th century. However, after Holtzapffel’s reference work publication on Turning and Mechanical Manipulation, woodturning became a popular hobby of some English gentry.

The Evolution of Various Lathe Types

The earliest and crudest example of a lathe is the strap lathe. This lathe consisted of a material strip wrapped around wood. One needed to pull the strap to turn the wood. John Holzapffel elaborated on an Indian Woodturner using a strap lathe. Of course, this lathe type is crude compared to what we have right now.

It requires digging two holes in the ground at a suitable distance for his work. Then, he drives two wooden posts onto the holes to secure them firmly. The centers usually drive in stones and wedges around the posts at around 8 inches off the ground, along with a wooden rod supporting the tools. This support can be anchored to the posts by nailing or tying using a coconut rope or coir.

The Indian woodturner usually works while seated on the floor. On the other side, however, the person who provides movement to the work is either kneeling or sitting on one side while holding the cord’s ends, alternately pulling them.

On the other hand, the bow lathe is slightly more enhanced than the strap lathe. In this lathe, the material strip gets attached to the curved rod forming a bow. This way, a single person can operate the lathe. He can hold and move the bow because he only needs one hand to support the tool, while he needs to use his toes or feet.

A pole lathe, however, is made of a wooden frame with a pole and a treadle. Again, the material strip is wrapped around the rod, with one end connected to the treadle and the other to the pole. Besides, the pole functions like a spring allowing the wood to turn and flex the pole when the treadle gets pressed.

This design is a remarkable improvement from the previous lathes because the one who operates this lathe doesn’t need a helping hand. The turner stands instead of sitting on the ground. Thus, he has more freedom to move and has more control of his work.

Another great evolution of the lathe is the wheel-powered lathe. This lathe provides excellent power and enhanced speed with continuous turning movement. Moreover, with its wheel and belt system, you can operate this lathe at different speed settings.

A lathe is indeed a versatile machine that every woodworking expert should have. It enables you to make various wood-turned items that others would love to have. It will also serve as a cutting, sanding, drilling, knurling, deforming, and turning machine. You can use it for the metalworking, woodturning, spinning, parts reclamation, thermal spraying, and glassworking.

The evolution of the lathe machine took thousands of years. It is as ancient as civilizations. The ancient lathes, of course, were more challenging to use. Modern lathe machines, however, have greatly improved and developed. They are also easy to use and operate, making them convenient. So, if you got the money to buy these modern lathe machines, you can quickly engage in woodturning and turn shapeless wood into veritable work of art. 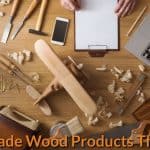 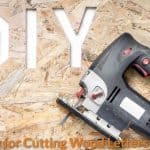 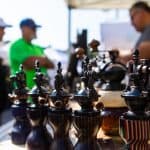 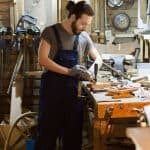 Woodworking When You Live In An Apartment 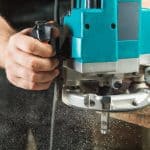 What Are Routers Used For In Woodworking?